BREAKING NEWS: RFU cancels “Adult Competitive Leagues (Level 3 and below for Men, Level 2 and below for Women) for the 2020/21 season.” More in news. 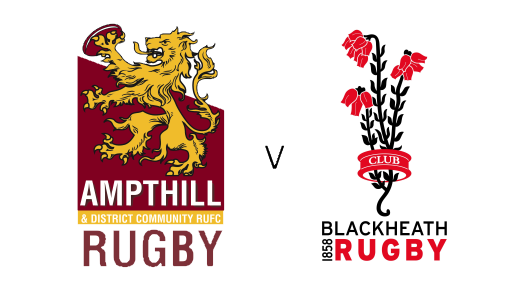 Blackheath, the oldest open membership rugby union club in the world are our 1stXV’s next opposition.

Indeed, with the 1881s facing Blackheath’s 2ndXV in the Zoo Shield Division 1 merit table at the same time it’s a double header and a double honour.

Founded in 1858 as an Old Boys club of Blackheath Proprietary School, they changed their constitution in 1862 to allow anyone to become a member thus becoming the first ‘open’ membership club in the world. To this day they are known as ‘Club’, a tradition that started when fixtures were played against the school, spectators cheered for ‘School’ or ‘Club’…

In October 1863 Blackheath was a founder member of The Football Association which was formed with the intention to frame a code of laws under the one heading of “football”. By December Blackheath had resigned from the FA due to the proposed laws removing much of what rugby clubs considered key to their sport.

At the beginning of 1871 a meeting attended by representatives from 22 clubs was held in London directly resulting in the founding of the Rugby Football Union (RFU). Blackheath is one of seven of the original twenty-two clubs to have survived to this day.

Blackheath initially played on the Heath, moving first to Richardson’s Field before taking up permanent residence at the Rectory Field in 1883.

Blackheath have been ever present at level 3 (now National 1) since winning promotion from level 4 (then National 3 South) in season 2002/03 as champions. This season, after an opening round setup against Hartpury they have won 5 on the trot achieving a played 6 won 5 record to lie 3rd in the table just 1 place, on points difference, above Ampthill.

Our 1stXV secured a bonus point win, 12-28, on the road at Macclesfield last week with a dominant first quarter the highlight, the remainder of the game was not as satisfying, especially the final 10 minutes which saw 3 unnecessary yellow cards!

There are a number of changes to the 1stXV squad, in the pack, Aleki Lutui (prop) & Ben Gulliver (lock) return to the starting lineup. In the backs Mickey Wilson makes his first start at scrum half while on the bench Matthew Collins is rotated, Loti Molitika returns as cover on the flank, Ben Calder is rotated and Sam Hanks returns from injury.

We offer our warmest welcome to our visitors and their travelling support.

Blackheath’s team is provisional, based on that which played last week against Blaydon, check back for updates.

This website uses cookies to improve your experience while you navigate through the website. Out of these, the cookies that are categorized as necessary are stored on your browser as they are essential for the working of basic functionalities of the website. We also use third-party cookies that help us analyze and understand how you use this website. These cookies will be stored in your browser only with your consent. You also have the option to opt-out of these cookies. But opting out of some of these cookies may affect your browsing experience.
Necessary Always Enabled

Any cookies that may not be particularly necessary for the website to function and is used specifically to collect user personal data via analytics, ads, other embedded contents are termed as non-necessary cookies. It is mandatory to procure user consent prior to running these cookies on your website.