Among the first clubs to be awarded accreditation status Ampthill earned advantages like the Sport England Clubmark recognising the excellence of our mini and youth section together with increased status and credibility with local authorities, educational establishments and potential sponsors. 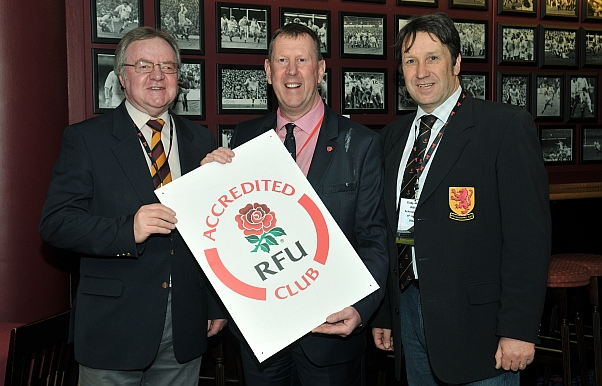 Accreditation was awarded at Twickenham Stadium as part of the Daily Mail Schools Day, when Chairman of the Board of Directors Paul Murphy presented a plaque for the clubhouse to two of our committee members Bruce McTavish (Chair of Mini & Youth) and Keith Belcher (Colts Team Manager). 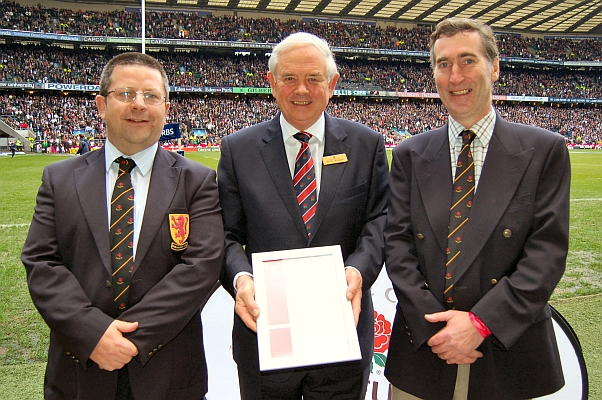 The RFU Seal of Approval accreditation recognises the effort and achievement of volunteers in reaching the standard required in the development of rugby across the whole club, and to plan for the long term sustainability of the club and rugby union.

The RFU Seal of Approval accreditation recognises the effort and achievement of volunteers in reaching the standard required in the development of rugby across the whole club, and to plan for the long term sustainability of the club and rugby union. 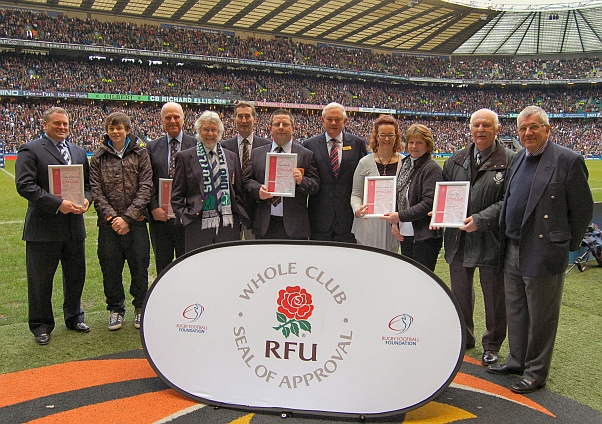 In total, 5 clubs were honoured with the award at Twickenham.

The Whole Club Seal of Approval accreditation was introduced in 2009 as a method of ensuring high quality provision of rugby in clubs. It builds on the established procedures of Mini and Youth Seal of Approval.

Clubs are assessed by the RFU and must demonstrate evidence of good practice in areas such as club management, player development and recruitment, child protection, sports equity, coaching, refereeing and volunteering.

The RFU introduced the Mini and Youth Seal of Approval accreditation programme as a method of examining, maintaining and improving the provision of rugby in the mini and youth section of a rugby club. Building upon current good practice, the accreditation aims to recognise the effort and achievement of those clubs that reach, maintain and improve on the required standard of a club committed to the provision of quality rugby union experiences for young players.

The RFU has worked with Sport England to integrate the Mini and Youth Seal of Approval accreditation with the Sport England Clubmark scheme to ensure that the safe, effective, child-friendly club standards are met. Any club awarded the Community Rugby Mini and Youth Seal of Approval will also have achieved Clubmark accreditation.

With more than 350 registered youth players, Ampthill’s outstanding record of achievement at MIni & Youth level inludes 9 players from 3 different age groups playing Guinness ‘A’ rugby for Northampton, Saracens, Gloucester & Leeds in the last three years, multiple caps for England at U16, U18 & U20 level over the same period and 10 players from the 2005 RFU U17 National Plate winning side playing competitive league rugby for the 1stXV.