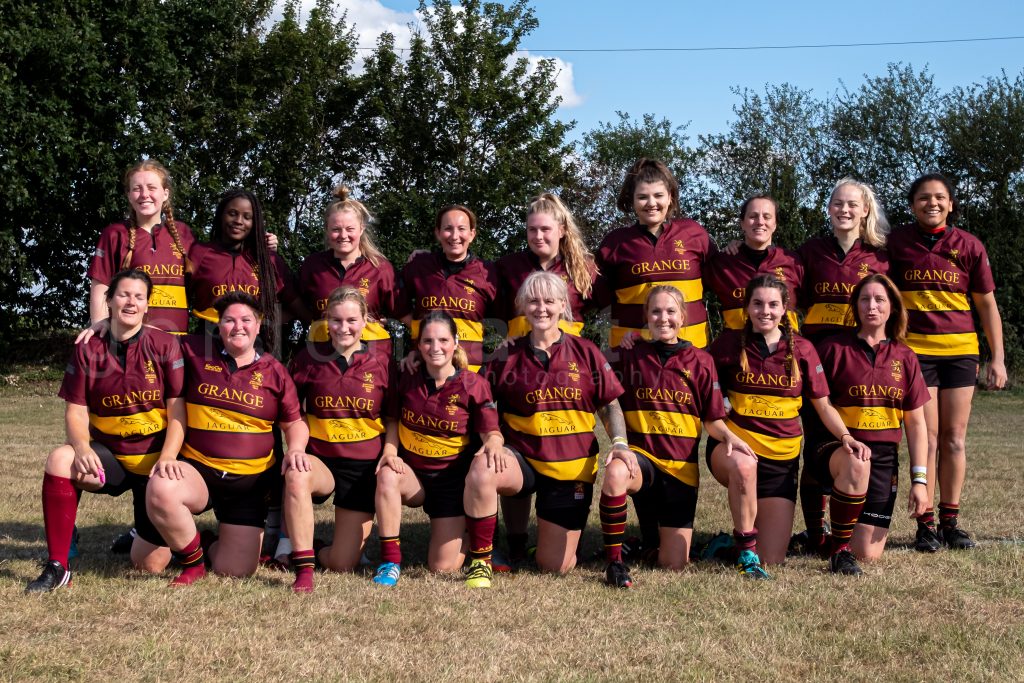 Ampthill Ladies traveled to Biggleswade on a momentous day for women’s rugby for the club. 5 years of development of the girl’s teams and hard work by the coaches meant that Ampthill for the first time in its 138-year history fielded a women’s team.

The match kicked off in the warm autumn sunshine and from the kick-off Ampthill dominated possession for long periods of the initial exchanges and Biggleswade knew they would be in a game.  The opposition managed to get their hands on the ball and after sustained pressure of their own, scored a good breakaway after 8 minutes through their superb no14.  She quickly followed this up on 12 and 18 minutes with two more tries. All converted.  Ampthill stuck with it and played some superb rugby and considering the experience of the team made Biggleswade work hard throughout the first half. Ampthill hit back with Gemini Forster scoring a fantastic try from a good passage of forward play from the A’s, touching down in the corner. Biggy then consolidated their grip on the game immediately with two more tries from their impressive backline. 35-5 at half time.

The second half kicked off and Ampthill went on the rampage dominating possession again after a turnover in their own half and strong running by Sian Mills which allowed the forwards to repeatedly batter the Biggy line, 2 tap and go penalties and multiple phases, with great work from forward of the game Annie, Bethan, Sisi, Bex and Gloria who used their muscle to set up Gemini for her second of the game which she duly converted.

Biggleswade’s experience and number of subs told in the remainder of the match running in 5 more tries, converting two to run out victorious 64-12.

The coaches were very pleased with the commitment of the whole squad, the learning and game experience the team will take into training and future matches is invaluable and new players, Nikki, Sophie, Gemma, Nichole, Erica and Bex who had never played a game of rugby before gained massive experience and were all still smiling after the game.

Thank you to Gordon Tant for pictures